We Don't Just Focus on Removing "Adverse Entries".
We Focus on Changing Lives.

Each and every one of our customers has a unique situation they’re dealing with. While deleting negative items from your credit report is exciting, helping you reach your goal — that’s life changing. These life changing results are the highlight of what we do every day. Here are some of our favorites… 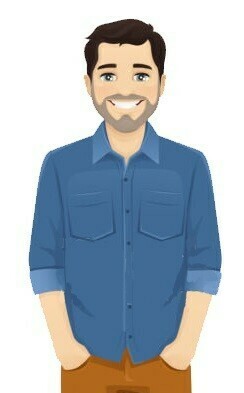 Anthony was suffering from significant financial and emotional hardship and could not make payment to creditor. He had 6 late repayment history listing by CBA. Anthony contacted CBA two times in 2019 and requested financial hardship assistance during the time by advising them of his ongoing financial and emotional hardship. Upon this, he was provided with a payment arrangement which he could not maintain due to his ongoing financial and emotional hardship as his son’s medical treatment was his priority however, late repayment history listing was placed on his credit file during the time. Moreover, Anthony was not working as he was a private contractor and was busy in his son’s diagnosis and surgery, hence could not work during the time.
Anthony applied for a home loan to get a house. The loan was applied for through mortgage broker which had been declined.

Was there any challenges with the creditor?

In this matter, Creditor refused to remove RHI at the time of the investigation. Credit repair Solicitors refuted the grounds of refusal and attained a positive outcome.

Anthony was continuously in contact with CBA and advised them of his ongoing financial and emotional hardship.

CRS lodged a complaint to CBA and strived to get amendment of the repayment history information. Prior to CRS engagement this CBA refused to do so.

CRS provided all relevant documents and argued based on our client’s circumstances. CBA agreed to our supporting documents and our arguments and provided consent to remove the Repayment History Information listing.

Summary:
Anthony was referred to our Law Firm by his mortgage broker. Anthony engaged CRS to investigate the likelihood of removals of RHI listing on his credit file.  These listings were the direct result of the time he was suffering from significant financial and emotional hardship. Anthony only discovered the bad credit listings when he applied for finance and was declined. CRS negotiated the successful removal of his RHI listing. Anthony is now a step closer to achieving a finance approval. Congratulations Anthony and good luck!

*Anthony’s name has been changed to protect his privacy.

Irene was involved in two motor vehicle accidents during 2018. As a result of the motor vehicle accidents, Irene suffered from physical and mental injuries which prevented her from returning to her usual employment. Consequently, Irene accumulated a large amount of debt with Westpac, which she was unable to repay. Due to Irene’s condition, she did not inform Westpac about the financial hardship that she was suffering. This led to her account being defaulted on her credit file in the amount of $11,980.00 and a collections team trying to recover the debt from Irene.

How was the debt removed?

Our team analysed Irene’s circumstances and gathered substantive evidence to show that she was in severe long-term financial hardship. We put her best interests first and ensured that Westpac were aware of the situation and Irene’s legal rights. As a result of our engagement is this matter, Westpac agreed to completely write off the outstanding debt of $11,980.00. Irene was released of any further liability of the debt. We put Irene in the best possible position moving forward with her injury rehabilitation and personal finances.

This was a client who had been in contact with us. His matter was urgent as the default listing on his file was preventing him from obtaining mortgage approval for this house. The client had recently signed a Purchase of Land agreement. The client expressed that he had never reflected negative repayments or defaulted on any of his active accounts with other creditors and that this default listing was a result of fraudulent activity.  Danny said that his personal information had been used to obtain a service with Red Energy without his knowledge or consent.

What were any challenges with the creditor?

Red Energy initially refused to consent to remove the default, stating that it was not an error on their end. Red Energy was engaged again, but a different person had taken the phone call. After confirming the client’s details, she requested that a police report and bills during the relevant period be sent to the Complaints Resolution Team through their email address.

Arguing that the default listing came as a result of fraudulent activity, the relevant documents were sent to Red Energy and they provided consent to remove the default and waive the outstanding balance.

Summary:
Danny engaged CRS to investigate into the removal of a default listing on his credit file (and in doing so, the consumer enquiry as well).  This listing was the result of someone having fraudulently used the client’s information to obtain a Red Energy service. Danny wanted to remove the default listing as it was affecting his ability to obtain mortgage approval. CRS negotiated the successful removal of his default listing in 3 days. Danny* is now a step closer to achieving mortgage approval. Congratulations Danny and good luck!

Samantha approached our firm via her Mortgage Broker and requested if we can help her in removing the defaults on her company’s credit report. We advised client that we need to order a company credit report for her and then we will review the same and advise accordingly.

Upon receiving her report, we found there is a default on the company’s credit report. We discussed the grounds with Samantha and identified she was a director of a business for two months only and then he closed his business. She was not aware of why this default is on her file. She was unable to approved for finance as her credit worthiness was being affected

We were able help the client and were successful in receiving consent for the removal of the commercial defaults from Samantha’s file. The Client was very happy and appreciated our hard work as she was waiting for his finance approval and the only adverse entries were the defaults. Samantha was about to attain finance approval now as we provided her with a copy of her cleared credit file.

The client had late repayment history information on his credit file where he had a 1, 2, 3, 4 and 5 for consecutive months for an account with Latitude Finance. In or around 2013, the client had engaged a financial services company who managed the Latitude Finance account. The financial services company believed that the account was finalised and stopped making payments. It was not until the client was contacted directly by the creditor that he found out no repayments had been made for approximately 5 months. This matter was urgent as the client was seeking to purchase property next month and this repayment history information was preventing him from obtaining pre-approval to proceed with the purchase.

What were any challenges with the creditor?

Latitude Finance can be challenging to get into contact with and usually take a while to come back with a response. As such, it can be difficult to receive a prompt response from them and anticipating regular follows ups. However, due to our positive relationship with such creditors Latitude Finance were quick with their responses.

Arguing that the financial services company not making payments to Latitude Finance was no fault of our client, and that the account has been kept up to date after the client became aware of this occurrence, Latitude Finance lodged a correction request to amend the repayment history information to all 0’s.

The client contacted our firm after being referred by a finance professional. Caroline had 2 defaults listed by Lion Finance and Panthera Finance, which were preventing her from obtaining finance approval for a property she was interested to purchase. The client had recently signed a Contract for the purchase of Land as such the matter was particularly urgent. Finance Approval was due on 25 June 2021, under the contract.

Caroline had resided overseas for the past 5 years, and in her absence these defaults were listed on her credit file which she was never aware of.

The client engaged us on 15 June 2021 and CRS wrote to the creditors within 2 days. We were able to expedite the matter

Although the creditor has a legislative time frame of 30 days to respond, we obtained consents from Lion Finance and Panthera Finance for the removal of the defaults within the same week. Equifax also has a processing time of 30-days to remove a default, by expediating this process through various channels, CRS was able to get the defaults removed from her credit file within 1 day after consent was received. Due to this, Caroline’s credit score increased from 554 to 731 in the span of 9 days.

Let's get your story started today.